Delta Costruzioni Meccaniche was asked by an API producer to assess the mechanical limits of the agitator of an existing machine. The Delta technical team, using 3D and FEM tools, discovered that the shaft and blades were undersized compared to the output that the driving system was able to generate.  A list of solutions, along with timing and costs, were proposed to the customer. 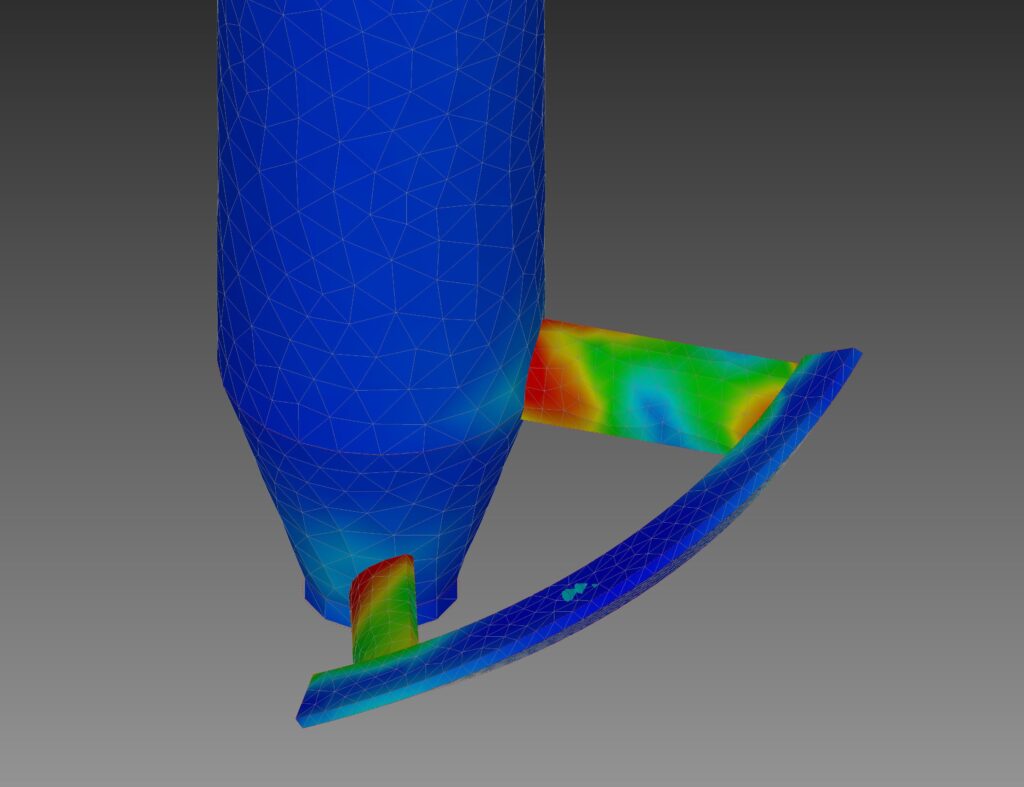 If design parameters are respected during routine operation, a process machine can last for decades. The lifecycle of such a machine typically comes to an end not because of natural aging, but because of external technology changes that can impact it.

Over the course of a machine’s long-lasting operational life, it can often encounter conditions that had not previously been considered during its design. Such a situation can occur when the machine is used with different products/processes, resulting in unexpected ruptures.

In this particular case, a Delta customer had been operating several conical dryers for 20 years, producing pharmaceutical intermediates. These machines, which were not produced by Delta, were equipped with double mechanical seal helix agitators, and never encountered any problems during operation, apart from standard maintenance issues.

In recent months, due to market conditions, production changed. Dryer agitators unexpectedly began having trouble with:

It was clear that the new product generated too much stress for the agitator. 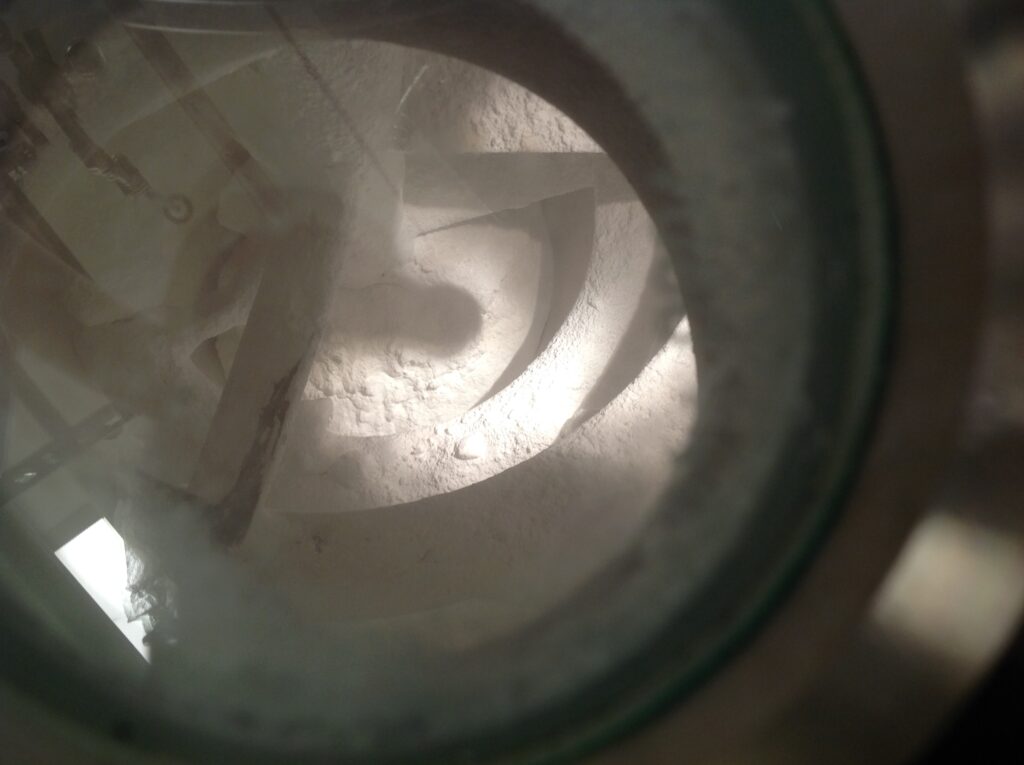 Based on a consultation requested by the customer, the Delta technical team assessed the issue using mechanical and process approaches. The first step was to collect information from the customer about the products and dryers, such as:

Due to the machine’s age, some documents were not available and a visit to the plant to collect some data was necessary.

The second step involved generating a 3D model of the existing agitator, including the shaft and blades. Each component was designed in the model, as it is in the reality.

The 3D model was converted to a mesh, using FEM tools for a mechanical stress analysis.

The next step was to impose appropriate constraints on the mesh, simulating what happens in reality:

This procedure was repeated several times, with changes to applied torque (pushing the limit to the max generable torque by the driving system before rupture) and focusing the analysis on a different agitator’s blade every time.

The simulation output indicates the stress (in N/mm²) that is being created at each point on the agitator:

In comparing old and new product features, the latter had a higher density and angle of repose, both of which indicate that the product requires more torque.

Comparing this information with what happened to the agitator, it can be deduced that: 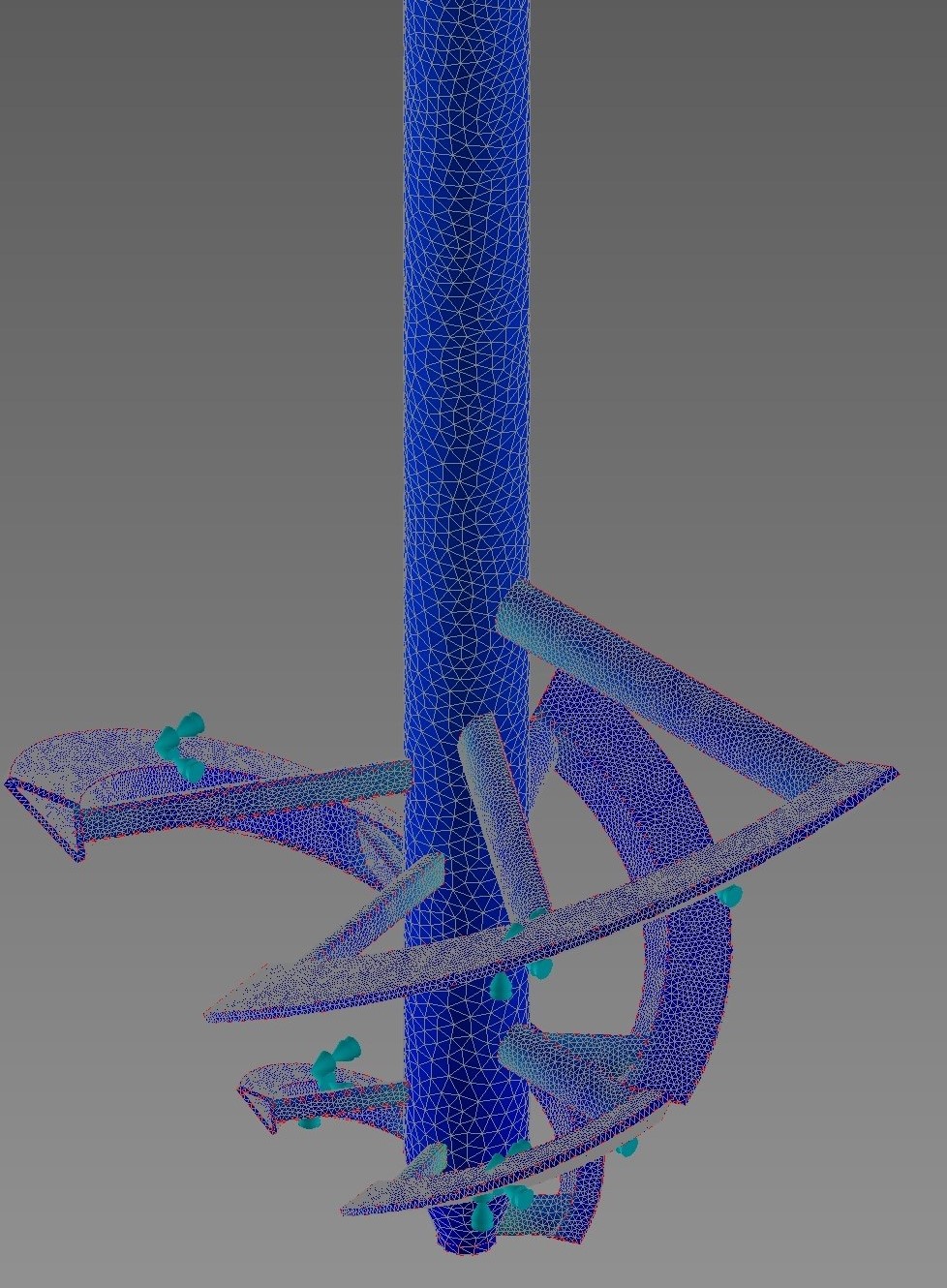 To resolve the issue, the Delta technical team proposed different solutions with different timeframes, costs, and impacts on the process:

Delta delivered to the customer a deep and detailed analysis of the conical dryer agitators’ status quo, providing easy tools for the customer’s technical team to decide how to proceed to resolve the issue. 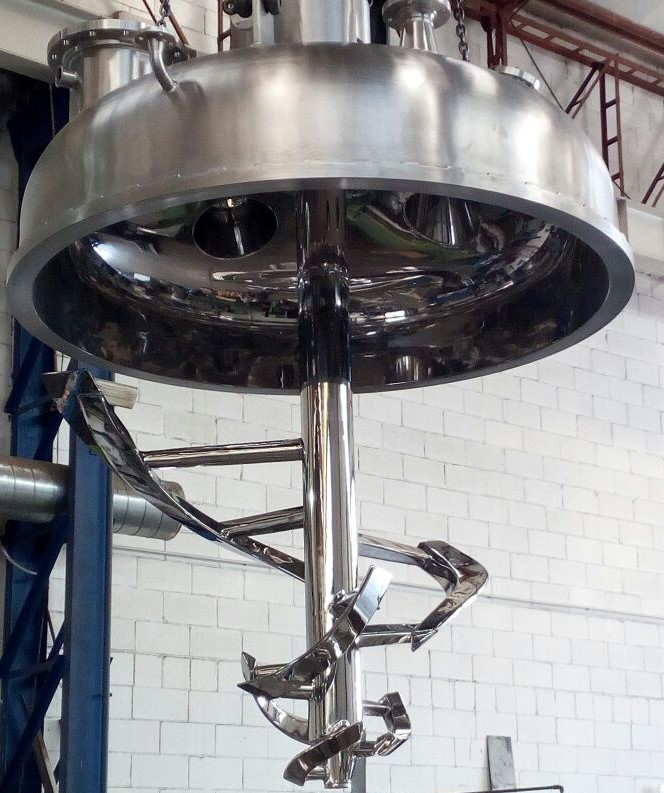 Always by your side

You just have to ask